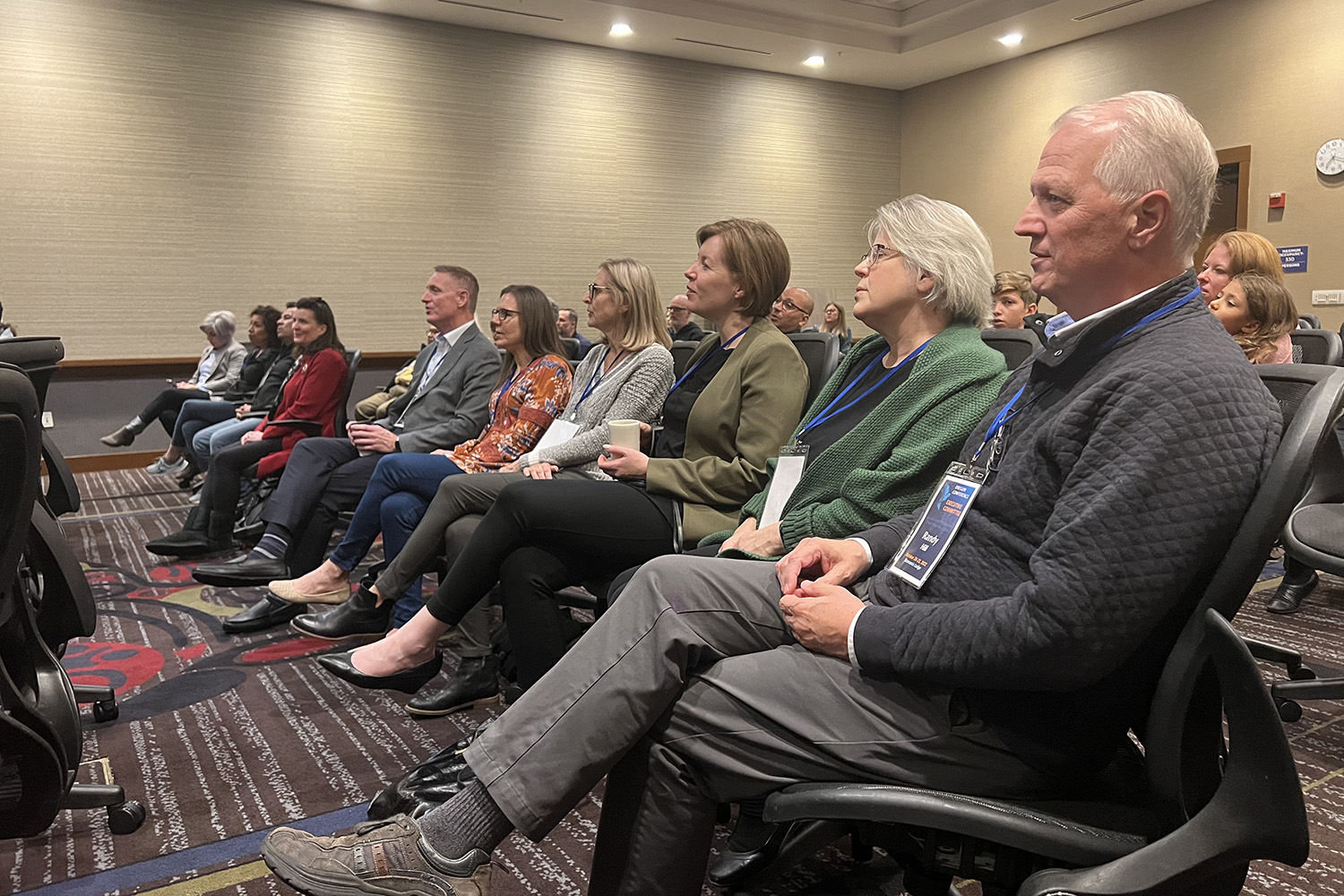 It was a smoky Thursday afternoon as members made their way through the Columbia Gorge toward Skamania Lodge for the Oregon Conference Executive Committee Retreat. On the agenda: worship, fellowship, and the business of the church in Oregon Conference as the group came together for the first time since its election.

Executive Committee is the governing committee of the Oregon Conference. Between constituency sessions, our bylaws state that it has “full administrative authority to conduct the business of the conference.” These duties include overseeing policies, personnel, and committees that perform the work of the Oregon Conference. In the coming five years, the group will work together with conference administration to make the decisions that will guide the work of the conference.

On September 17, the Oregon Conference constituency met at Portland Adventist Academy to conduct business. One of their tasks was to appoint the lay people, pastors, and teachers, recommended by the nominating committee, that would compose the executive committee for the coming term. In all, thirty people make up the group with a few others as non-voting participants. Of these thirty, over half are lay people from nearly every part of the Oregon Conference territory.

At Skamania, the new committee met for the first time in their five-year term, spending two and a half days to get to know each other and learn how best to work together to accomplish the mission. After a reception on Thursday evening to get acquainted, the work began in earnest on Friday morning. After worship, André Wang, North Pacific Union Conference general counsel, provided an orientation to board service. Throughout his presentation, Wang educated members on the scope of the conference, its place in the wider church, and the duties of executive committee members.

In addition, the committee affirmed the vision of the previous executive committee by appointing Dave Schwinghammer as assistant to the president for church growth and revitalization. With statistics showing consistent declines in church health over the past few years, this appointment is a tangible commitment to reversing the trend in Oregon and inspiring churches to greater health and growth as we anticipate the return of Jesus.

Coming on board as associate director in the ministerial department will be Pastor Nathan Hellman. For the past six years, Hellman has been the pastor at the Gladstone Park Adventist Church. He has also served in the Roseburg, Madras, and Prineville communities since coming to the Oregon Conference in 2008. He’ll be making his transition across the campus in the coming weeks.

With the pressing items of business complete, the committee welcomed the Sabbath, families included, when the work of building community began in earnest. Friday vespers began with scripture songs, prayer, and inspiring preaching from Pastor Dave Schwinghammer. Sabbath morning, the group came together again after breakfast as Gary Parks led them through exercises exploring brains, behaviors, and relational styles. Through almost two hours, committee members learned more about themselves, and learned more about how to relate well to others. “Over the next five years, you may have some spirited conversation,” Gary reminded them. “It helps to use effective tools to communicate well through the process.”

The rest of the day was filled with worship, food, fellowship, and opportunity to explore the area. After an inspiring Friday night worship, again led by Schwinghammer, the “executive community” closed out the evening with fun, engaging teamwork led by Jason Calvert, our new associate director for youth ministry. Using everyday objects like spaghetti, marshmallows, and racquetballs, Jason led the group in friendly mind-stimulating competitions while instilling lessons on leadership and communication.

The weekend wrapped up with a morning of business, receiving reports from education (enrollment is higher this year than it has been in years!), finance (we are grateful for every dollar of tithe that God’s people give back to the church), and the corporation treasurer (did you know that seven corporations with seven different purposes compose the “Oregon Conference?”).

With business concluded, each member headed home to their corner of the conference. With only 24 (or so) meetings left in their term, they’ll be back at it again soon. In December, they’ll reconvene in Gladstone for a day of conversations and decisions. On the agenda: next year’s budget.

Click on any of the images below to open a gallery of larger images... 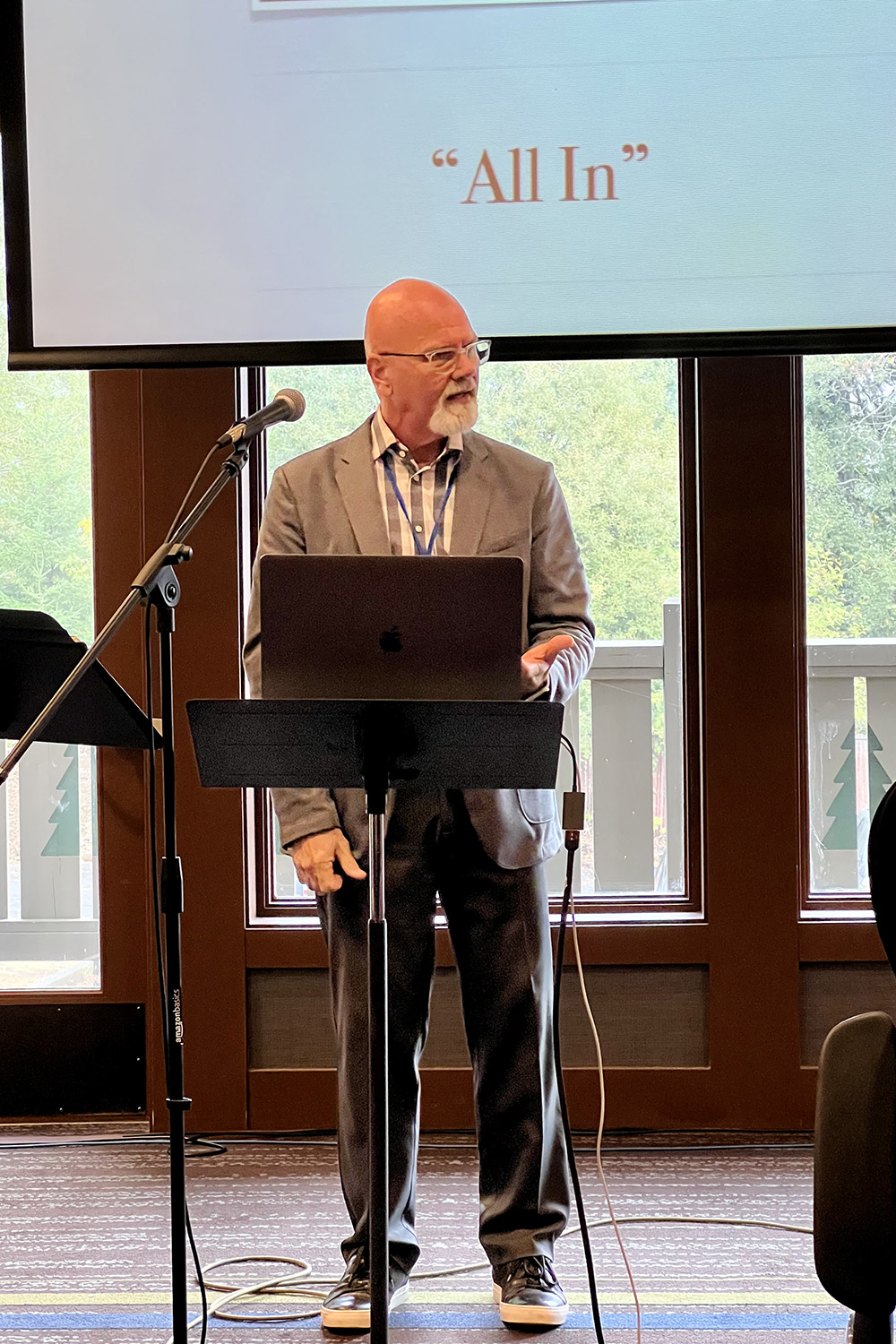 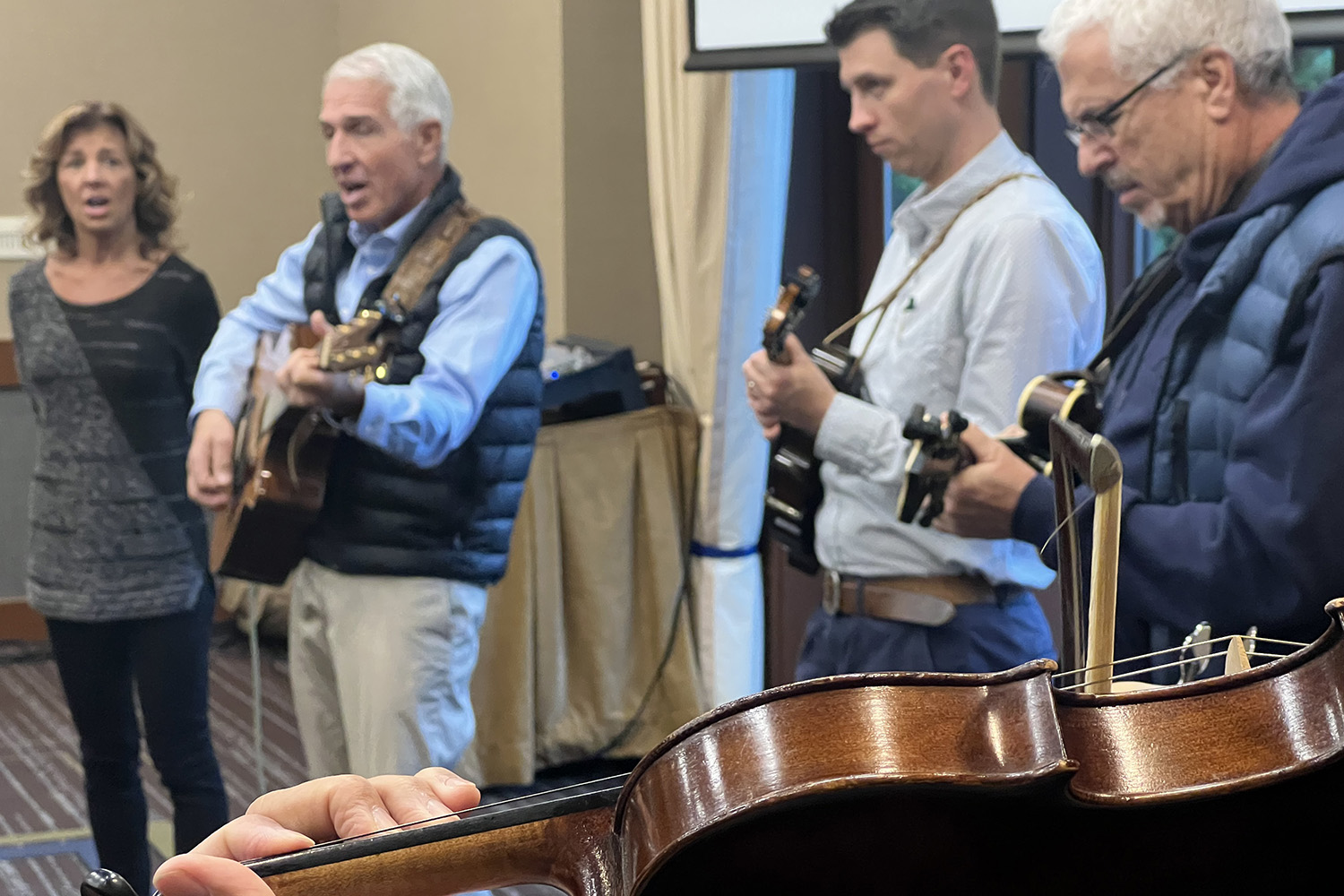 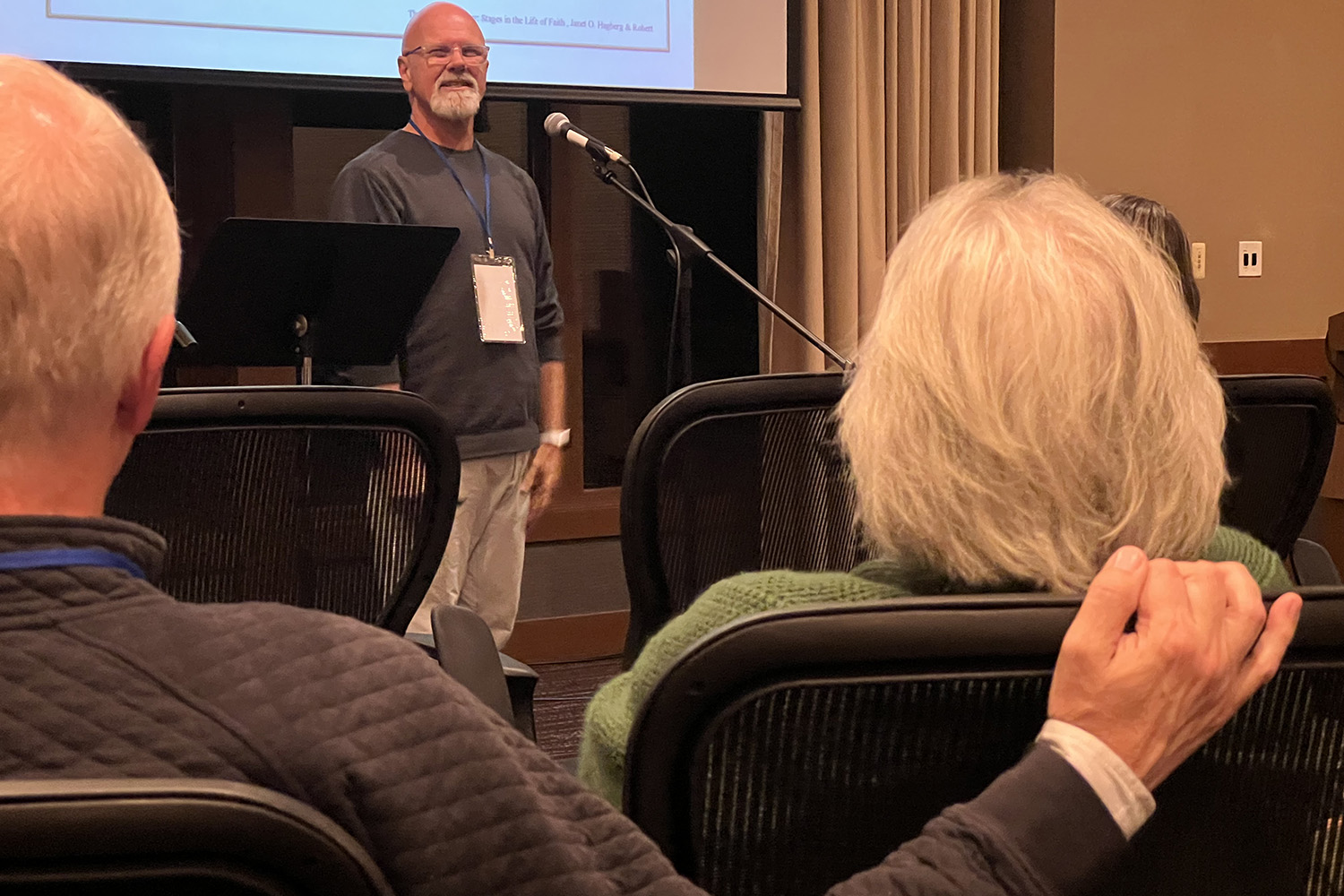 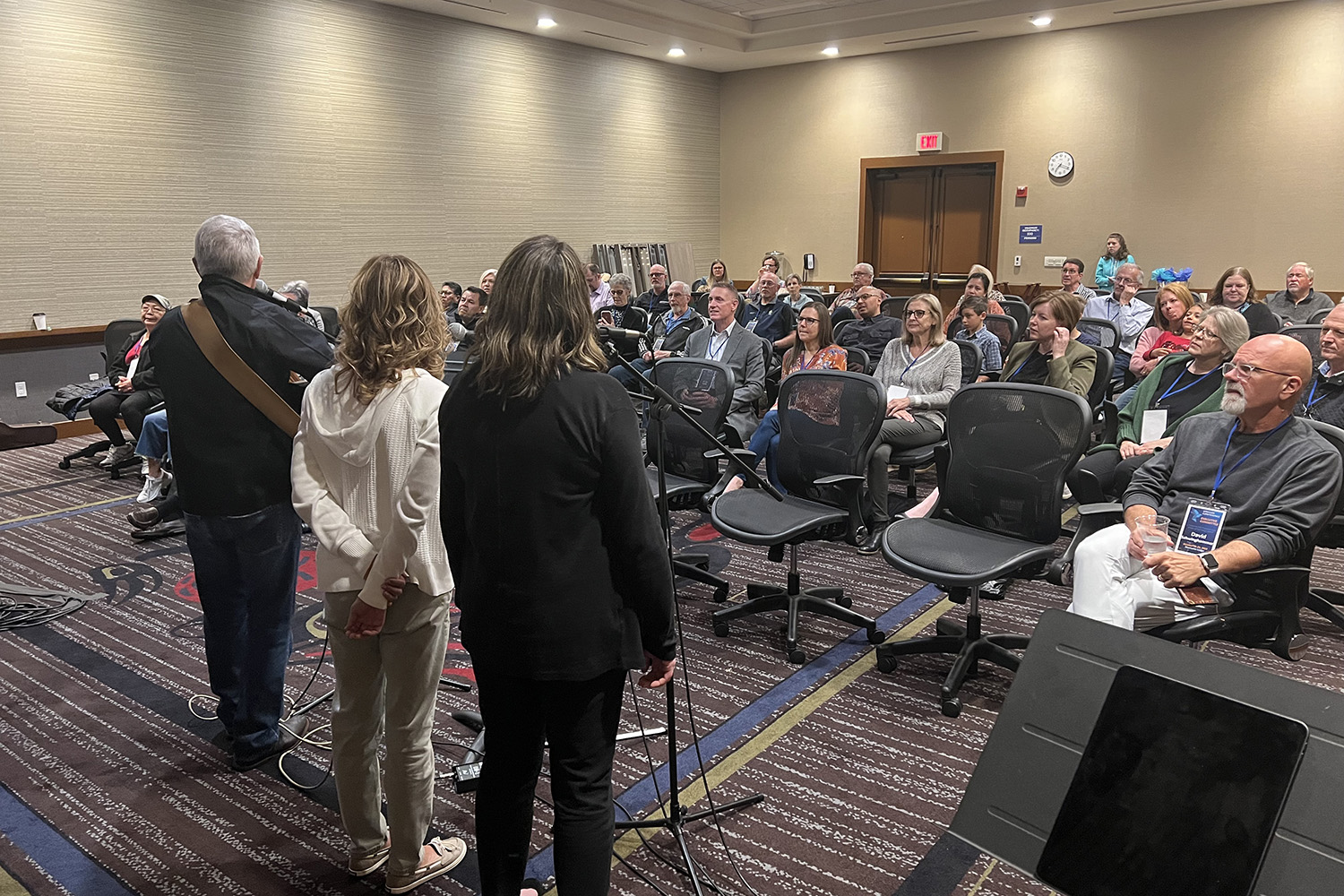