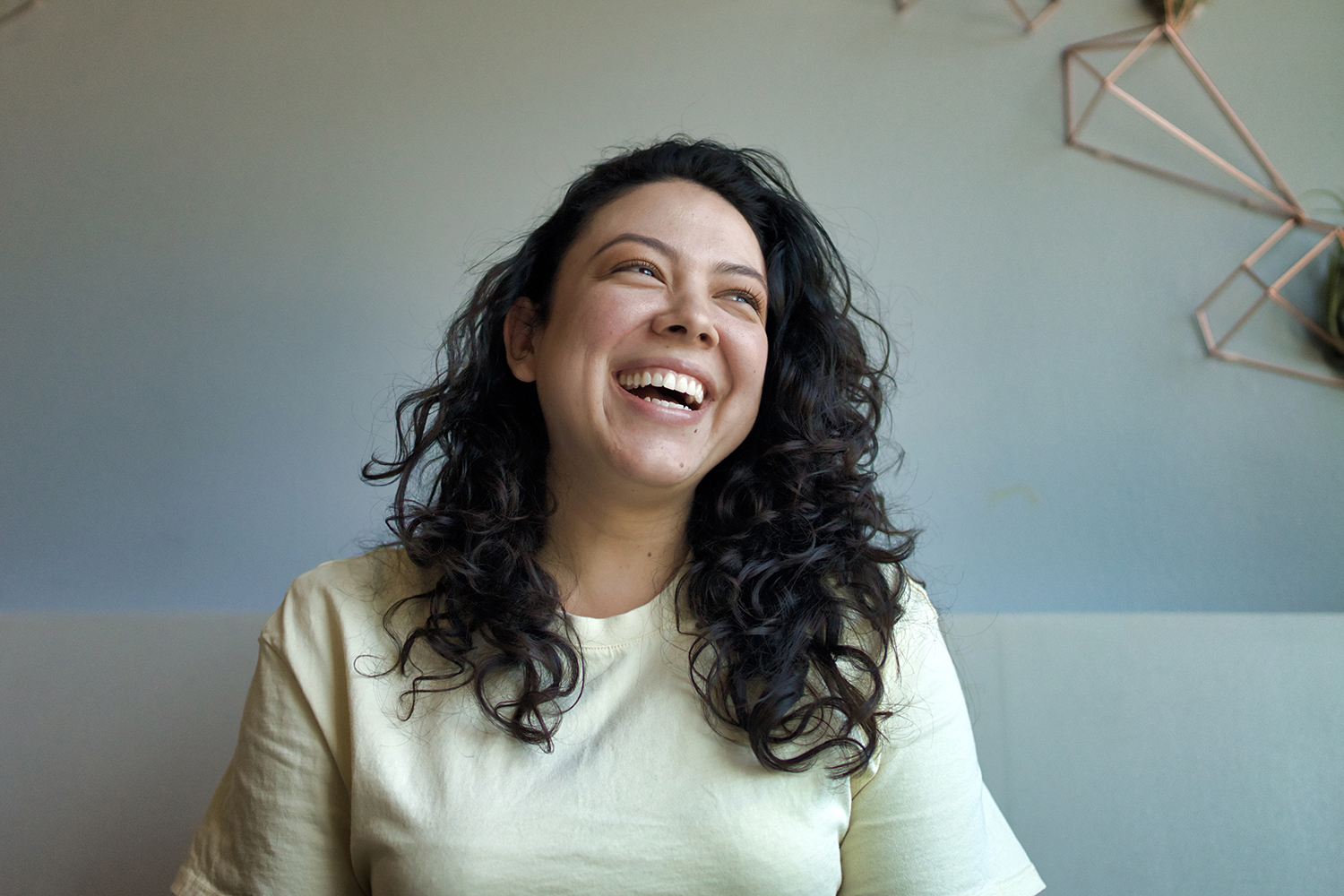 “In March of this year I faced my abuser. I’ve had a lot of life changing moments I can point to, but I believe they were getting me ready for that day. For years I had contemplated the idea of this. I asked certain people in my life if they thought it would be a good idea, but everyone was kind of like, ‘That’s weird, don’t do that.’ I’d had no communication or contact with this person for a long time. But in March I decided to spend spring break in Colombia, where I’m from. Before I went back I remember thinking, ‘What if I’m walking down the street and I see this person? What will I do?’ I was scared. I didn’t try to plan an encounter because I didn’t know if they were ready or if I would just be opening up this wound for no reason.

I ended up going back to a city where I almost never go with a family I’m close with - I call them ‘aunt’ and ‘uncle.’ Our decision to go to that city was a last minute plan, and while we were staying there my aunt brought it up. I think I was in town for two days, and I said, ‘If they’re in town, if they’re willing, and if you’re there with me so I don’t have to do this alone - I’ll do it.’

My aunt is a therapist. She knew that I needed closure for this. Before we went to bed, she called him. She put the phone on speaker there in the room with me. I hadn’t heard the voice in so long I’d forgotten what it sounded like. My aunt handed me the phone and I said my name.

For half a second, they pretended to be normal. The normal, ‘Hi, how are you!’ I couldn’t even put the words together. I thought, ‘Are you really asking me how I am?’ I don’t even think I acknowledged it. But I was trembling. Then, before I could even speak, the person on the other side of the phone began weeping.

I felt like I was in shock. Like the whole world had stopped. I said, ‘I’m in this city. I leave this day. And I want to meet with you.’ Without skipping a beat they said, ‘I’ll be in town tomorrow. Let’s meet at this time.’ Within hours that day the idea of facing this person became a reality. I’d feared running into this person by accident, but now it was real. I think if it wasn’t for my aunt, this wouldn’t have happened.

When the moment came, I arrived late. They were all inside waiting for me. It was a public place, with windows where you could see the people inside. I saw the person out of the corner of my eye. I hadn’t seen them in probably 15 years, and my first thought was, ‘I don’t think I’m ready for this.’ I tried to ignore them. I was looking down, walking toward them but not looking up. My aunt came to me. She pulled a chair out, facing the person. I said, ‘I can’t sit there,’ and I chose another seat nearby. Before I even made it to the seat I lost it. It was like a demonic attack. I was trembling, crying in a way I had never cried. I didn’t even know it was possible to cry like that - it was like all the fear and anger was flowing out of me in tears and screams. My aunt came and held me for what felt like a while. I still couldn’t make eye contact.

It was like everything happened in stages. I moved closer to the seat. I finally sat down there, shaking, trying to calm down. My aunt prayed. I have no idea what she said in that prayer, I couldn’t even close my eyes - I just kept them looking up at the ceiling. When she said, ‘Amen,’ I tried to look down at the person. I couldn’t do it. They were also in tears.

For the first time I wasn’t attempting to hide my pain. I just let it out. I wasn’t trying to please the person or my aunt by making the situation more comfortable. It was one hundred percent uncomfortable. The person was right there in front of me and I didn’t shy away from letting my pain out. Not to hurt them, but to let out what needed to come out. For a good while it was just tears and screams flowing out of my body, flowing out of my heart and my soul.

If you’ve ever seen, ‘The Chosen,’ there’s this scene where someone tries to go and cast the demons out of Mary Magdelene - but they are unable. That scene, if you watch it, represent my feelings in that moment. It was an uncontrollable amount of pain coming out of me. It just flowed until I was finally able to breathe again and calm down. And finally, I could look at them.

My aunt helped prompt some questions. I still don’t remember who spoke first or the order of events - but I do remember that in my crying the person just kept saying, ‘I’m sorry. I’m sorry.’ In their tears they looked at me. I felt like as the person looked at me, I was repulsive. I could see them see my pain. Like mirrors of pain. And in that moment, I saw their pain, too. Though the person was the abuser and I was the victim, I saw they were hurting, too.

At some point I ended up praying. I felt how dense the atmosphere around us was -  and I just remember claiming God’s presence there. I acknowledged that demons were there with us, but I also acknowledged that I was a believer and that God was our creator - who didn’t just create me, but also created that person. And I claimed that presence even to the point of challenging God. If He really did make the galaxies, if He really did make heaven and earth, why not recreate again right there?

God did that. In that moment I saw the person in front of me for who they were. I claimed that recreation because the person was there, asking for forgiveness. I didn’t walk into that room with a script in my mind or even know I was going to walk out having forgiven them. I just knew I was going to see them. But in the moment I prayed, I just was so tired of carrying that weight. It had changed and determined so much of who I became. I didn’t want to carry it anymore, and at the same time I didn’t want them to carry it anymore, either. That was the recreation, not just for me, but for them, too.

God is not selective in who He heals or how He does it. He made light and it was seen by all creatures and all universes! If God was going to heal me, then His power was enough to heal them, too. And if His power was enough to help me forgive this person, then it was enough to help them forgive themselves, too. And if I could offer this person grace, then they could offer grace to themselves, too. I claimed that, and at the end of it all I was able to embrace the person that I couldn’t even look at when I’d walked in.

It was a bigger embrace than just two human bodies - it was like in that moment The Father embraced us, too. It was like He was saying, ‘This was never supposed to happen.’ And I felt the weight come off of my shoulders. I was swollen from the tears and in pain from all the crying - and so were they. But I could see their eyes light up and I could feel in my body that I was light like a feather.

The next morning I woke up with an anxiety attack. I felt naked. My mind felt very vulnerable. I knew that this was a spiritual attack, but I didn’t want to disregard what had happened. I tried to guard my mind.

Soon after that day I flew back home. My housemates were out of town and I had another anxiety attack. I didn’t want to be alone. I called and set up a meeting with my pastor. I shared the whole experience with him, and as I spoke it was like my mind couldn’t recognize itself. It was like it was asking, ‘Who are we?’ My identity has really been tied up in this, but now it had been stripped away. Now it was time to continue my recreation. I had experienced a miracle, but now it was time to rebuild.

I had to look God straight in the eye and say, ‘Who am I now?’ I had left behind any idea of who I was and what identified me as a survivor, as a victim. I had worked on this for such a long time, and now I just didn’t want to keep carrying it with me.

From that moment on I would wake up and literally the first thing I would do is ask God, ‘Who am I today?’ It was this vulnerable moment with God - just Him and me with nothing in between. And His response would always be, ‘Who do you want to be?’

I wanted to be a confident woman. Period. No ‘because,’ no background story, just because it’s who I am. The next day I would ask the same question. Eventually I began feeling more confident, feeling God’s constant presence. Now it was a relationship. Now it wasn’t just me, now it was Him, and I flipped to asking, ‘God, who are you today? What are you trying to show me today?’ 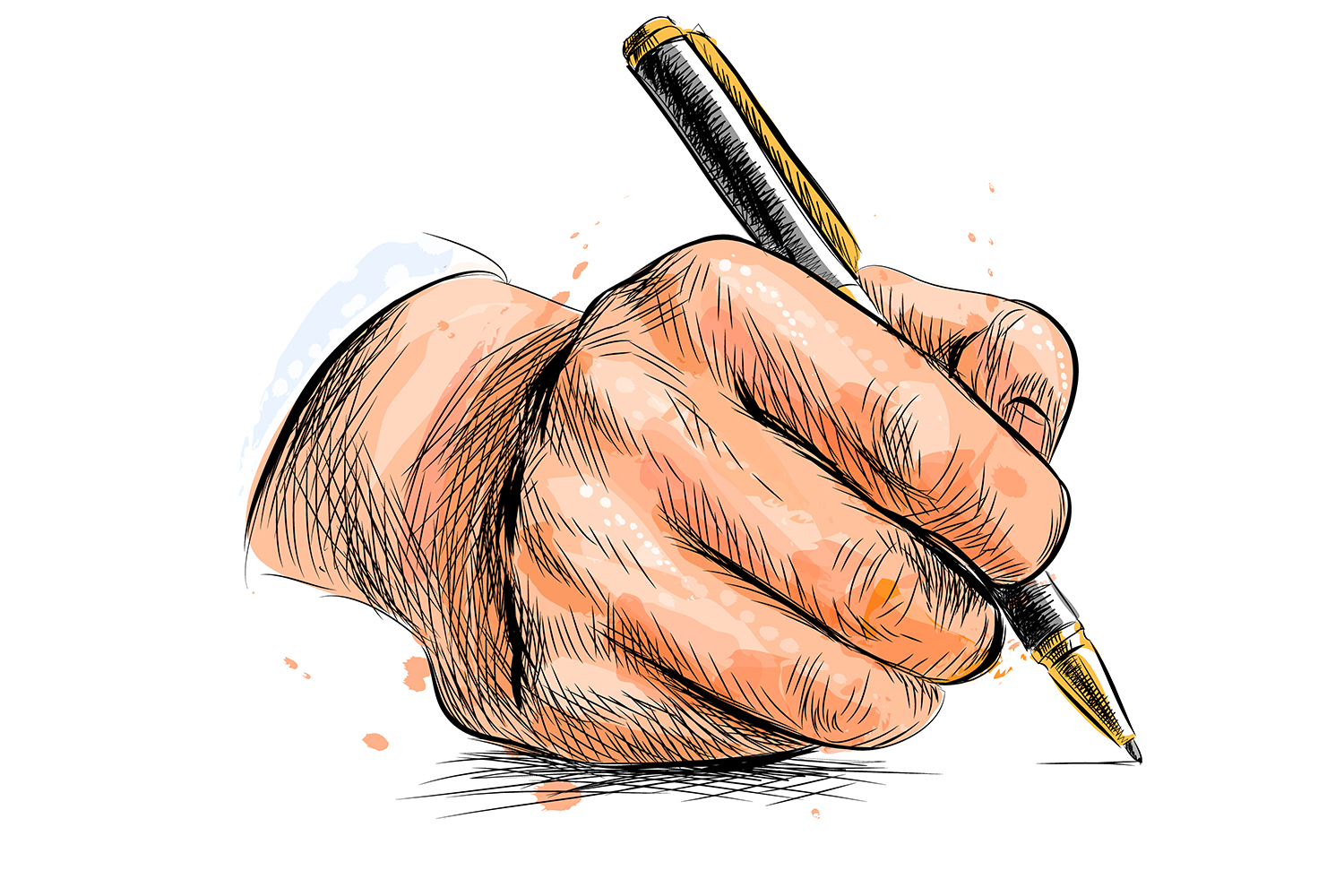 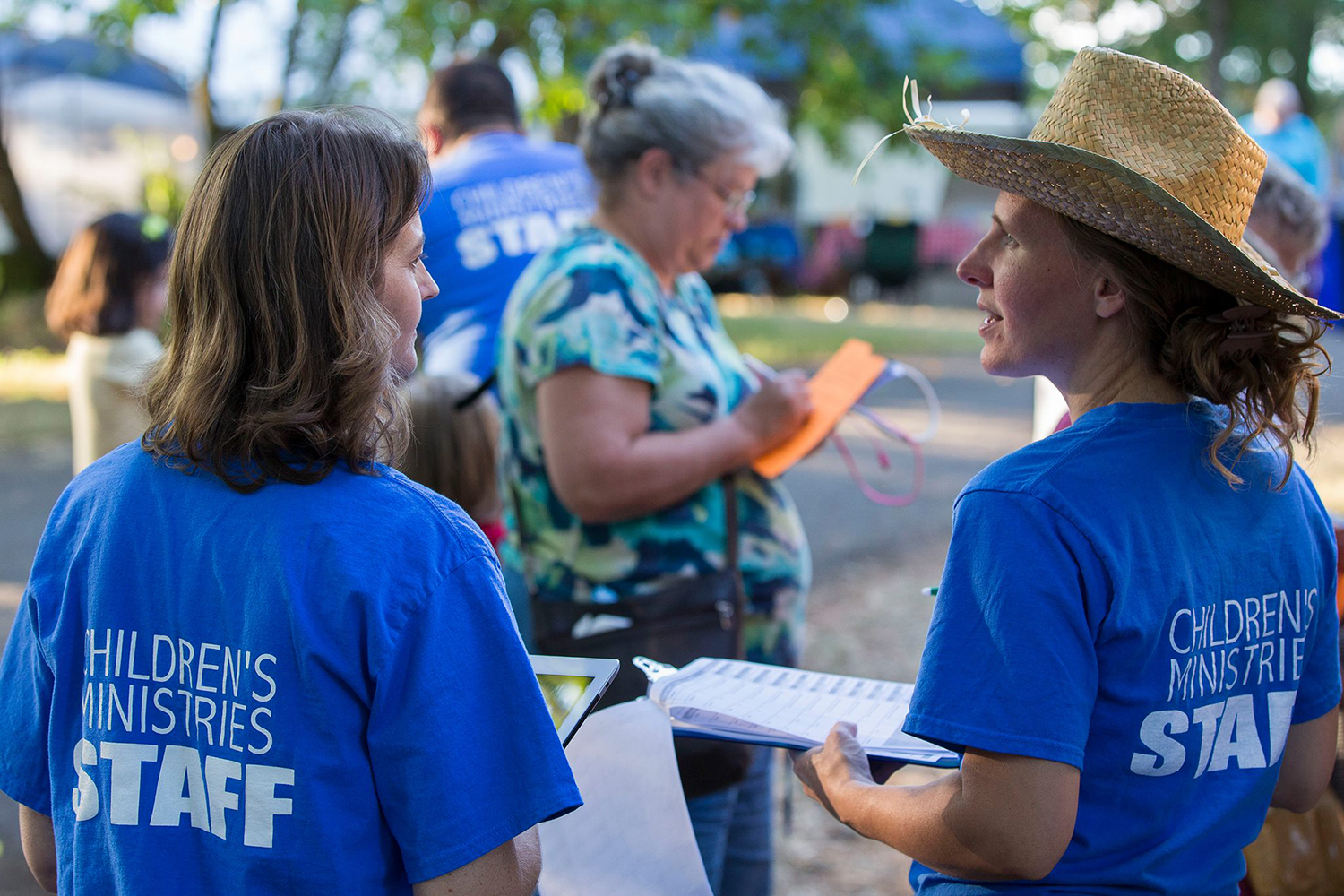 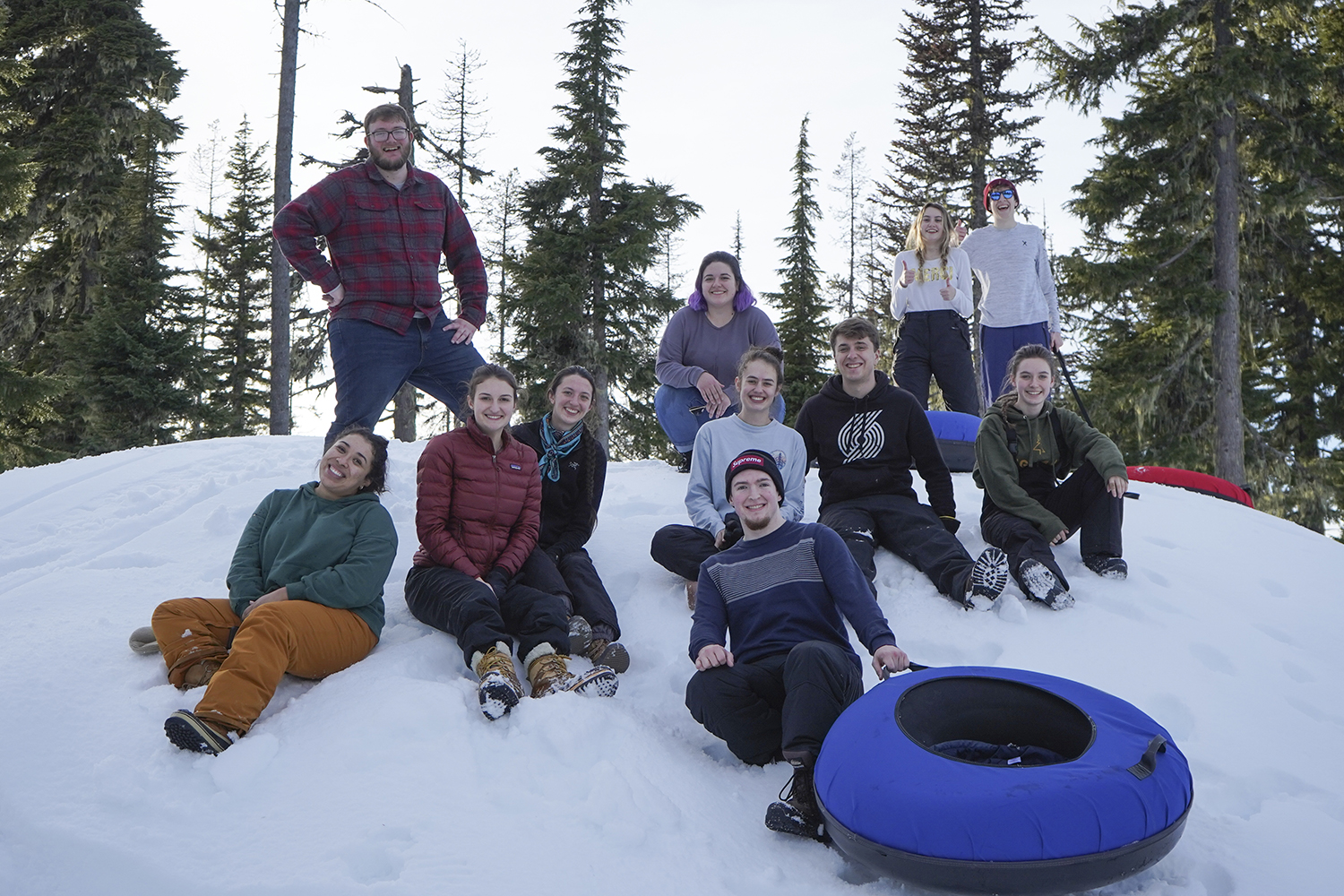