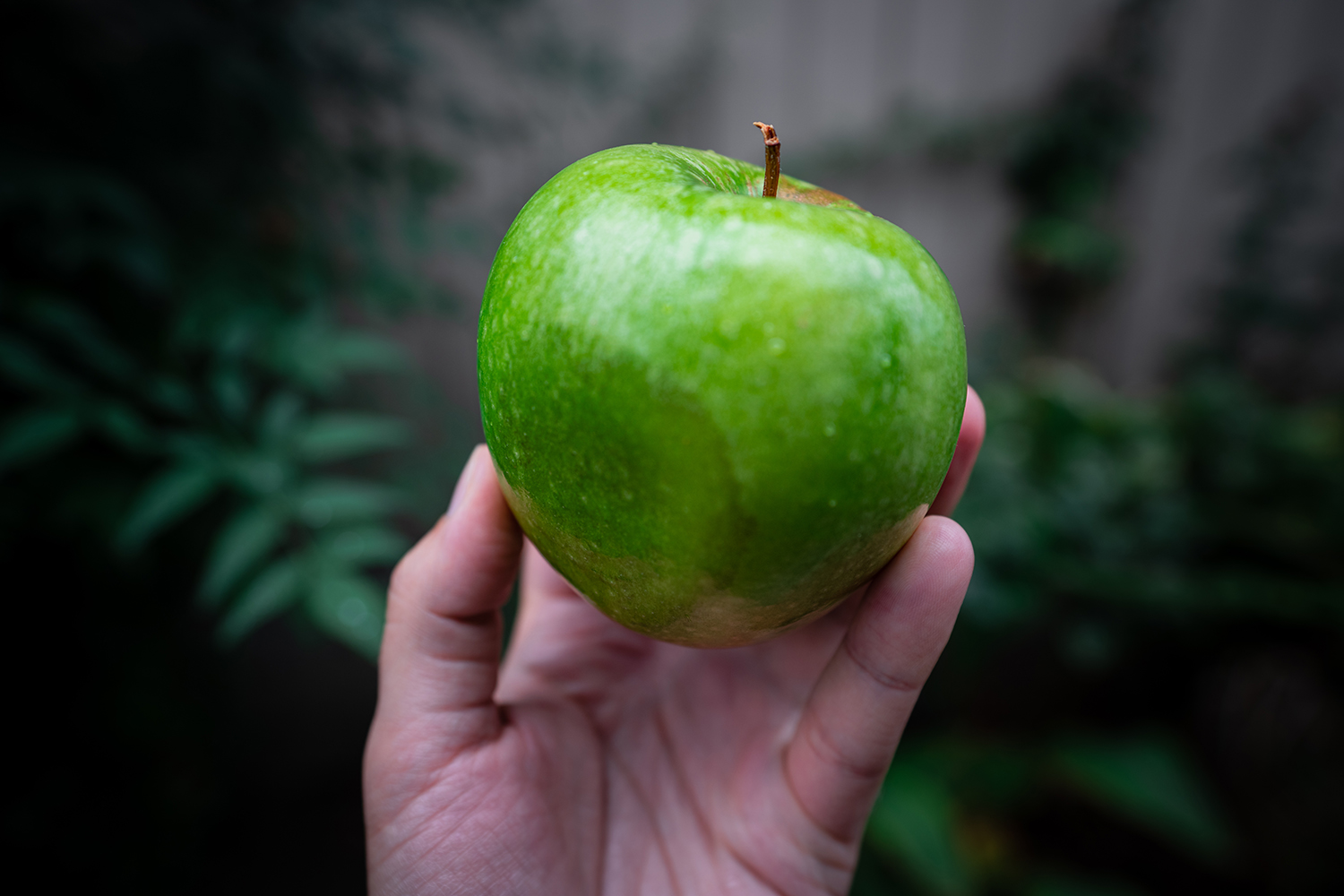 When you see a bruised piece of fruit, what is your first reaction?

Several months ago, as I was volunteering at one of our local food banks, I picked up an apple that had a soft brown spot on it. I looked at it for a minute, sighed, and set the apple on a shelf instead of putting it in the food box I was packing. I thought, “Nobody wants to reach into their box and pull out a bruised apple. Let me give them something better.”

Mornings move fast at the food pantry, and it was several hours before I had finished my shift and was getting ready to go about my other duties for the day. As I walked through the now empty food storage room, I saw the bruised apple I had set on the shelf just hours before. As I looked at the soft, brown bruise on the apple, I thought about how far it must have traveled before I held it in my hands. Think about it.

Sometime in the past, somewhere in the world, an apple seed was planted. The seed took years to grow until it became a tree––and that tree took even longer before it began to produce apples big enough for people to want to eat. Someone went to that tree, plucked that very apple from it, placed it in a big container full of apples, and shipped it off for sorting. The apple was sorted, loaded with the others into a truck, and delivered to a grocery store. Way back where most of us never see, the apple was taken from the cooler out onto the display shelf where it sat for a few days waiting to be bought. When no one bought it, it was donated to the food pantry, taken again from the truck into the food storage area where I first picked it up, and, finally, placed and nearly forgotten on a back-room shelf.

Though we probably don’t think about this often, even the bruised apple is a miracle of modern society. The miles it travels, the various places it is kept, and the number of people responsible for its journey is truly remarkable. It’s a wonder any apples can go through all of that without a bruise! Maybe the truth, though, is that most apples at some point are. Maybe the bruiseless apples we buy from the grocery store are only a small, curated portion of the countless bruised apples we never take home––the apples that are never picked, never displayed, and never sold that end up, instead, in a pile of compost.

I think there’s something we can learn from the bruised apple. Something about people. Especially for us church folks, it can be easy to see people’s bruises and set them aside, too. It can be easy for us to see the imperfections in others even when we, ourselves, are probably bruised, too. But just like the bruised apple is actually an overlooked miracle, bruised people are infinitely more so.

It’s hard to imagine anyone getting through life in this world without trauma. We are affected by so many things over the years - things that hurt us and tear our minds, spirits, and bodies down. Even our families and our friends and our churches can do that. But the wonder of humanity is that we are made in God’s image––infinitely valuable to Him and infinitely loved by Him. Maybe that’s why when Jesus narrowed God’s entire law down to two things they were: “Love God. And love people.” My hunch is that God never forgets the countless experiences that make each of us who we are. And further, I suspect that that’s what Jesus was trying to teach us about how we should see each other.

In 1 Samuel 16:7 God tells us that “The Lord doesn’t see things the way you see them. People judge by outward appearance, but the Lord looks at the heart.” In every one of us God is able to see what we’re really about. God can see through every mistake, every imperfection, and every response to the scars in our hearts. He knows every terrible thing we have survived, every instance where we have been hurt, and every struggle we’re left to sort through because of it all.

Maybe bruises don’t ruin people or apples. A bruised apple can grow a beautiful new apple tree from its seeds and still tastes just as delicious in an apple pie, after all. Imagine how many more incredible things bruised people can do.