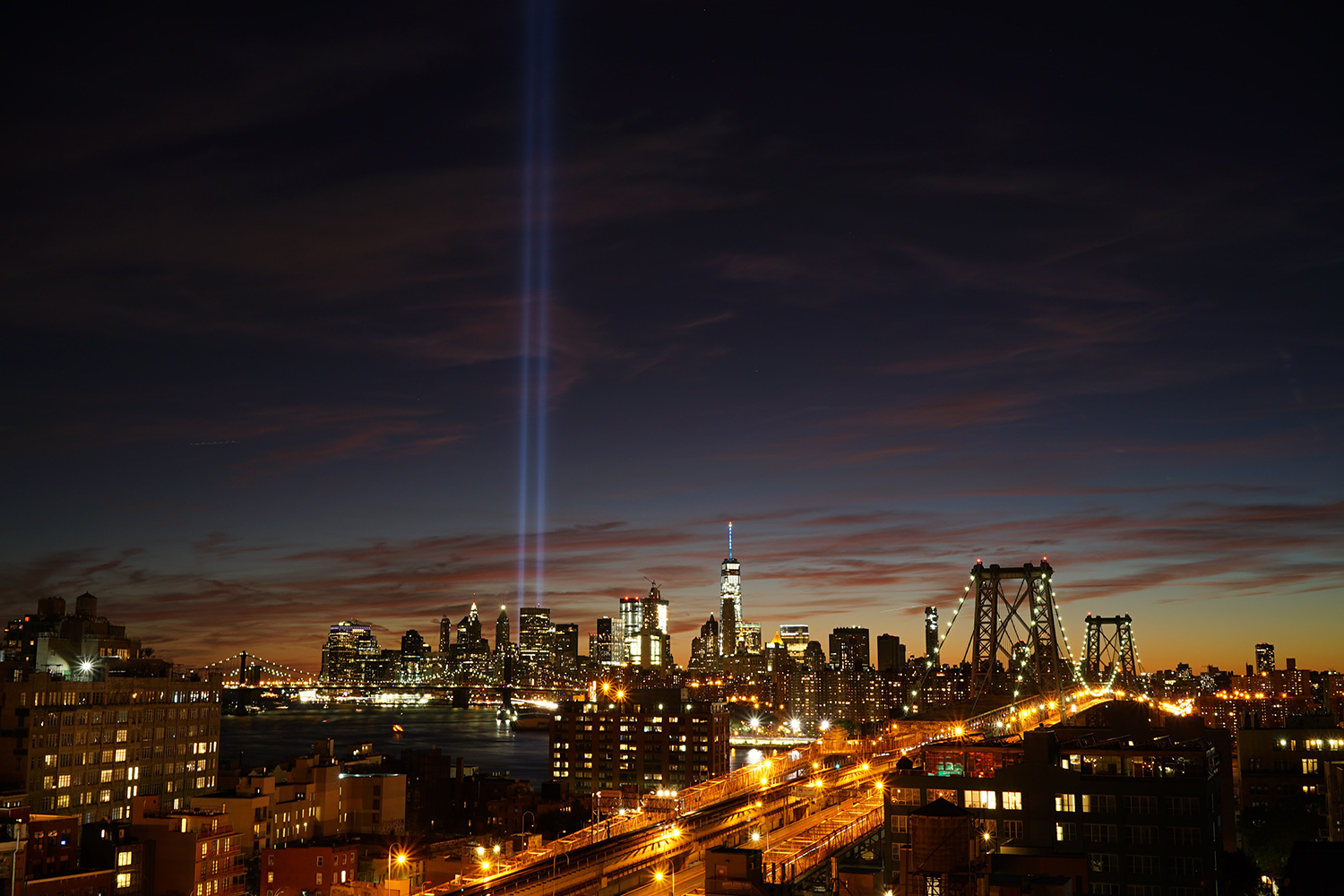 An “inflection point” in mathematics is “a curve at which a change in the direction of curvature occurs.” The more general definition would be that it is “a time of significant change in a situation; a turning point” (Google’s English Dictionary by Oxford Languages).

September 11, 2021 marks the twenty year anniversary of a terrorist attack on the United States known simply as 911. It was an inflection point in many ways. Never before had public consumer transportation been used as a weapon, planes with passengers turned into fuel-filled missiles, to target more people in key buildings. This would have previously been inconceivable. It struck an instant wound to the hearts of Americans and shocked the world.

Most persons 30 years or older, likely knows exactly where they were when this attack happened. They remember watching in dumbfound horror the replayed images of the planes plowing into each of the Trade Center towers and the Pentagon, and finally the fourth plane crashing in a field in Pennsylvania due to the heroic efforts of passengers who helped to avert another larger mass casualty. The shock caused at once, a raw pain and an emotional numbness, not to mention a fear of what more may come.

On 911 I was living in Ontario, Canada at the time, having moved from Washington state to serve as a pastor there. That moment, I was at my home in my living room in a time of Bible study and prayer with an elder of the church having a rich time of spiritual fellowship together with the Lord. The phone rang and we were told to turn on the TV. That’s all. So, we did. And that’s when the psychological/emotional force of the images and commentary hit us like a freight train.

The 911 event became a national and international inflection point in the fight against radicalized terrorism. The U.S. sent soldiers off to battle—to Kuwait, Iraq and Afghanistan, which led to long term occupations in that region. The battle against terrorism resulted in a new agency, Homeland Security, new stricter requirements for travel, higher levels of government monitoring of personal data, and many other changes, all of which seemed to thwart additional organized terrorist attacks in the U.S.

Religiously, the shock of this event beckoned people to seek religious consoling, looking to connect to the sanctity of life amid loss, looking for hope, even for community with others. For a while, church attendance swelled. So much changed. The world and life would never be the same again.

In a very personal way, it touched the church family I was pastoring. The son-in-law of a leading church family, Leroy Homer, was the co-pilot of United flight 93 that crashed in Pennsylvania. Later we learned he was brutally murdered by terrorists as they stormed the cabin to take over control of the plane. This event shook our church family. We held prayer vigils, special services, a large memorial service attended by a multitude, including many government dignitaries. And there was the private, deep, wound for the family to work through.

Today, we are in another inflection point in our world, in our nation, and for many in their personal lives and families. The SARS-Cov-2 COVID-19 pandemic has had a long reach that not only has impacted countries around the world, but our country, our states, our communities, our churches and families. We had negotiated the first waves of infection with minimal infectious impact to our church family across the Oregon Conference. Last Spring our local churches and schools were closed due to lockdowns in order to hold the soaring infections in the communities at bay within our own spiritual community. While our infections were minimized, the isolation took a great toll on everyone.

The pandemic inflection point also gave us another “digital” inflection point–the opportunity to adapt to twenty-first century digital ministry in many of our churches and schools. It has resulted in many digital ministries that are here to stay as a permanent part of our ministry presence. As God has promised, “all things work together for good to them that love God, to them who are called according to his purpose.” The church typically tends to be slow to adapt to cultural changes. During this pandemic, God has helped us to adapt rapidly.

The pandemic inflection point has brought an additional incongruent inflection point to our faith family regarding healthcare. As a Seventh-day Adventist church we have long valued and touted the dual emphases of personal natural health lifestyle combined with medical science and practice. The church has fostered these dual branches of study and public education and practice. The Adventist church has led the way in natural health training, while also having the second largest Christian medical work in the world, with universities that train the practitioners. But the social narratives in this pandemic have tended to separate persons into natural health and medical health camps, where some vilify those who don’t embrace their perspective as the only acceptable one, while as a church we have always held a dual perspective, which will continue.

Another strong inflection point the church has faced in the past few years is navigating the intensifying socio-political climate. There has been an alarming reach of government, irrespective of party, into private organizations and the lives of citizens. There has also been an increasing rhetoric and tensions in the national and local socio-political scene. Many members seem to have adopted a socio-political identification as an overlay to their primary identity as a disciple of Jesus and member of his church.

The deeply fractured socio-political context of our country, has carried over into increased division in the church. Friends, families and church members who once cared little what each other’s socio-political positions were, began to draw lines in the church, with each group feeling their perspectives were more correct than the other. Our once relative unity or harmony in a majority of churches, has been reduced to lines or walls between one another in many churches.

This all comes at a time when a strong case can be made that we are living in the sweeping final movements in the scope of the Great Controversy. There has been a tendency by too many to reduce fellow members across the spectrum to “bowing” to something or someone else. There is a tendency for finger-pointers to spiritualize their views as a means of winning the argument. An even more spurious tendency is to view one’s own position as constituting the marks of the “only true, or remnant, Seventh-day Adventist.” Of course, none of this is truly what defines God’s people. Rather, this is the ageless human pattern of manipulation. It is not what God’s story for us is about.

The Most Significant Inflection Point

Undeniably, the most significant inflection point in the history of the world was the coming of Jesus Christ, the incarnate Son of God, to live and minister, to call disciples and heal the hurting, to call for justice and set captives free, and to raise the dead. The climactic inflection point took place in both the worst and best weekend of all eternity. Jesus was arrested, accused, tried and executed; then after resting three days in the tomb, rose again in eternal divine power! During that weekend, the disciples were divided, some were separated, there was discouragement, confusion, finger-pointing, doubts. Theories about what had happened, and what would happen, abounded. In that weekend, they could make no sense of what they were experiencing and had no sense of what their future would be.

Meanwhile, God in Jesus had dramatically erased the eternal curse of sin from mankind for all who would trust in him. In an earth-shaking event, he overcame death and the grave, rising to eternal life. And on that first day of new life, he mandated the sharing of the most significant news the world had or would ever hear. He invited his followers into this mission.

The launching of a new religious movement of Jesus’ Church became another inflection point that would radically impact the world. But there was only one way that it could have the power to lift off and break free of all the religious and socio-political confusion of the moment—they would need to pray and seek the infilling and outpouring of the Holy Spirit. It would be the power of the Holy Spirit alone who could lift this new movement to God’s ultimate plan for them in this crucial inflection point. And we know the rest of the story as told in Acts and the New Testament epistles.

We as God’s Church are at such an inflection point today. Perhaps as never before, we need to answer God’s call in 2 Chronicles 7:14, “If my people, who are called by my name, shall humble themselves, and pray, and seek my face, and turn from their wicked ways; then I will hear from heaven, and I will forgive their sin, and I will heal their land.”

This is not an alternate treatment for COVID. This is a call for every believer to stop thinking that “I am more important than…,”— every believer to confess it, receive forgiveness and healing for that, in order to become all that God intends for us to be in Him, so His Church can rise to the final task he has for her. We can only accomplish this together in and with him, through the presence and power of the Holy Spirit. That’s why Jesus told his disciples they must be “in one accord” (Acts 2:1) in prayer, seeking the infilling and outpouring of the Holy Spirit.

The biggest inflection point ever, EVER, is coming soon. Jesus will return to this planet. He will come to get those who have HIS FAITH and DO WHAT HE SAYS. Simple. And what does he say? “’And you shall love the Lord your God with all your heart, with all your soul, with all your mind, and with all your strength.’ This is the first commandment. And the second, like it, is this: ‘You shall love your neighbor as yourself.’ There is no other greater than these” (Mark 12:30, 31). This will be the standard of faithfulness for his followers when he returns. This applies to all, whatever the personal perspectives on a range of matters. Living God’s love is the single most powerful common unifier.

Brothers and sisters, let us excel in this!  Let us pull together. Let us seek the infilling and outpouring the Holy Spirit as never before. Let us love God and each other more deeply than we ever have. This begins with prayer power, just as it did for the disciples.

Our Conference team will be hosting some prayer services that you will be invited to join with us virtually, and hopefully even in person in some locations. Our first PRAYER POWER service will be coming soon, so be alert for more information.

My thoughts and prayers are with you all. Keep your eyes on Jesus and it will dim the noise and glare of our world’s chaos and bring peace beyond understanding to your soul as we experience inflection points. 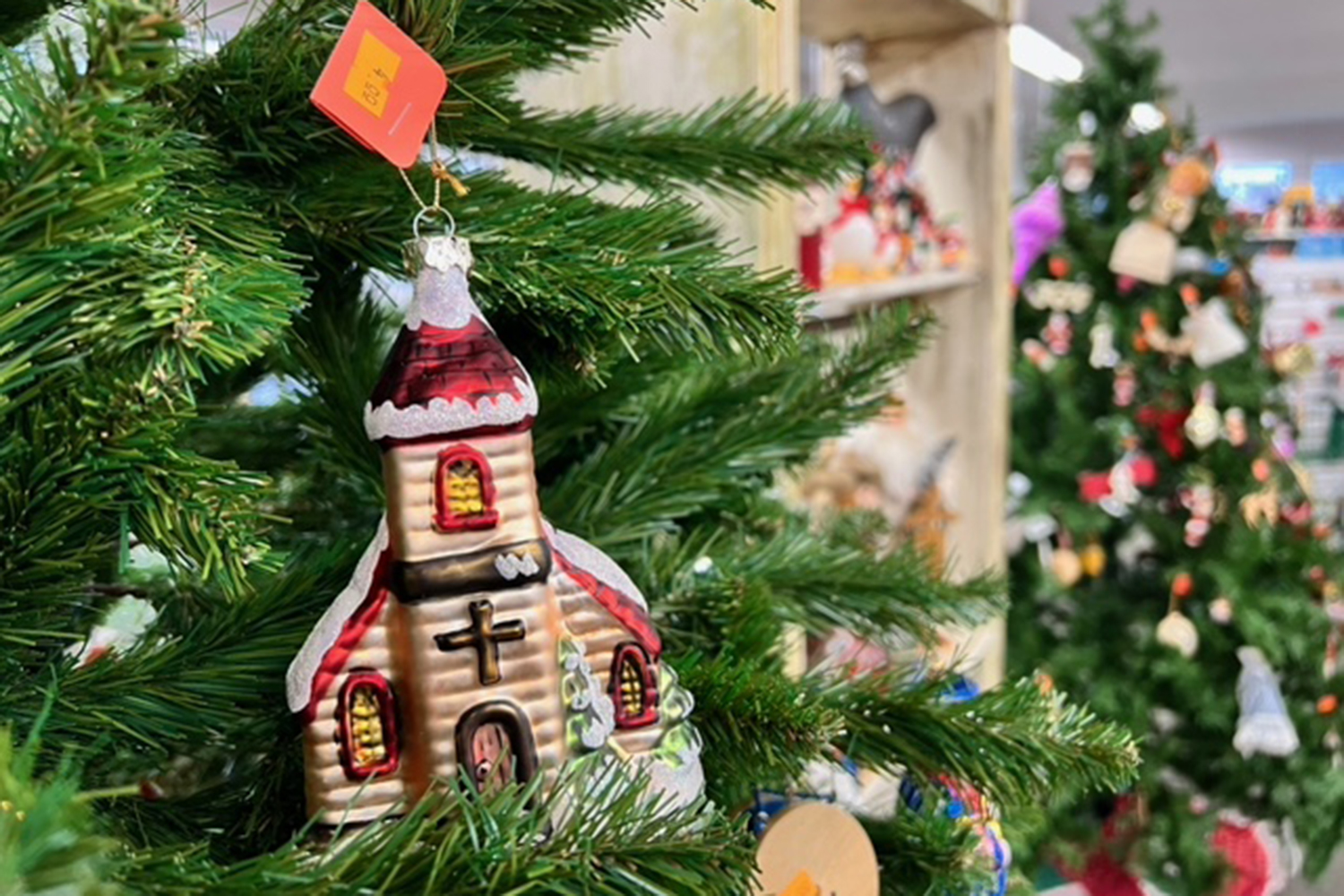 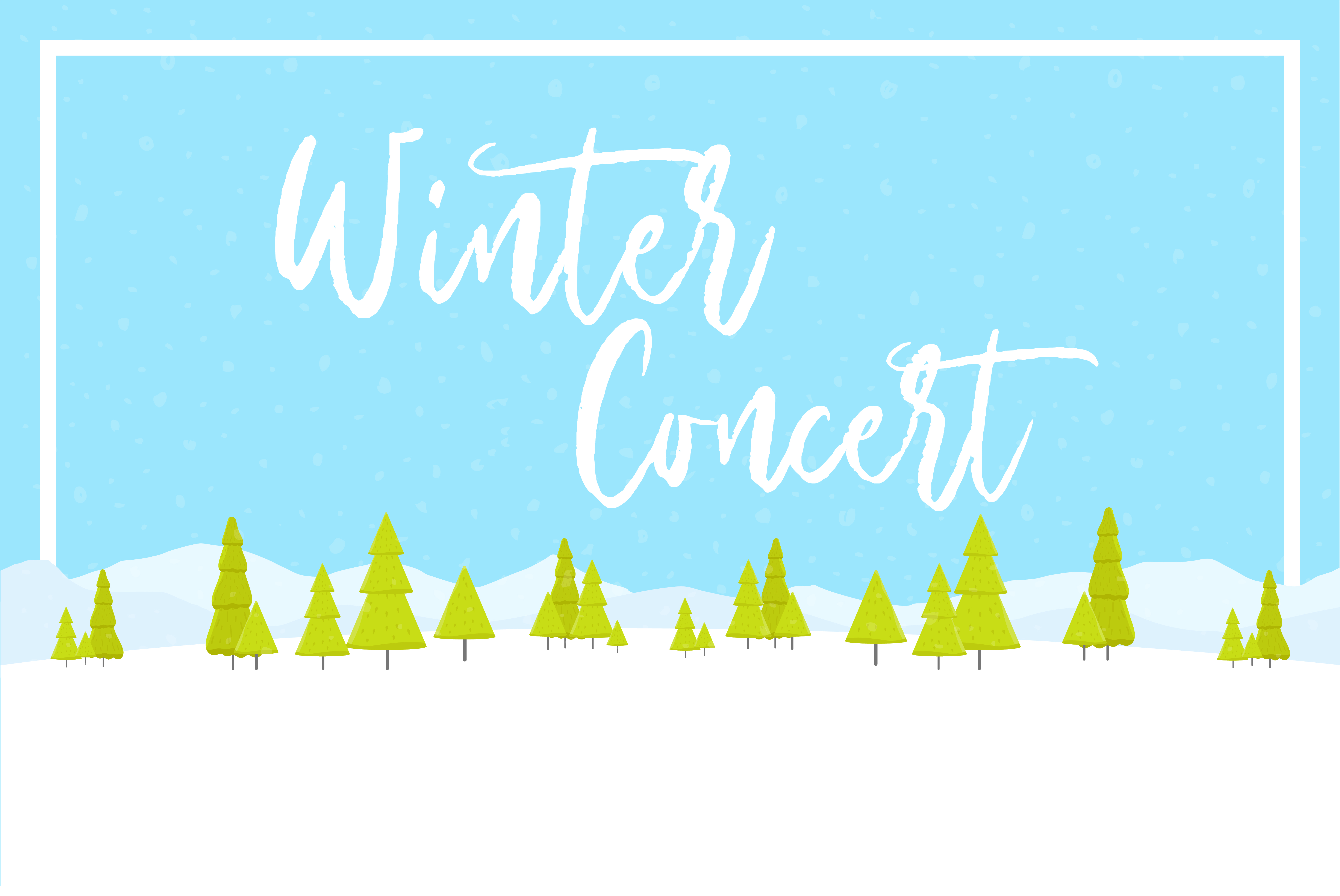 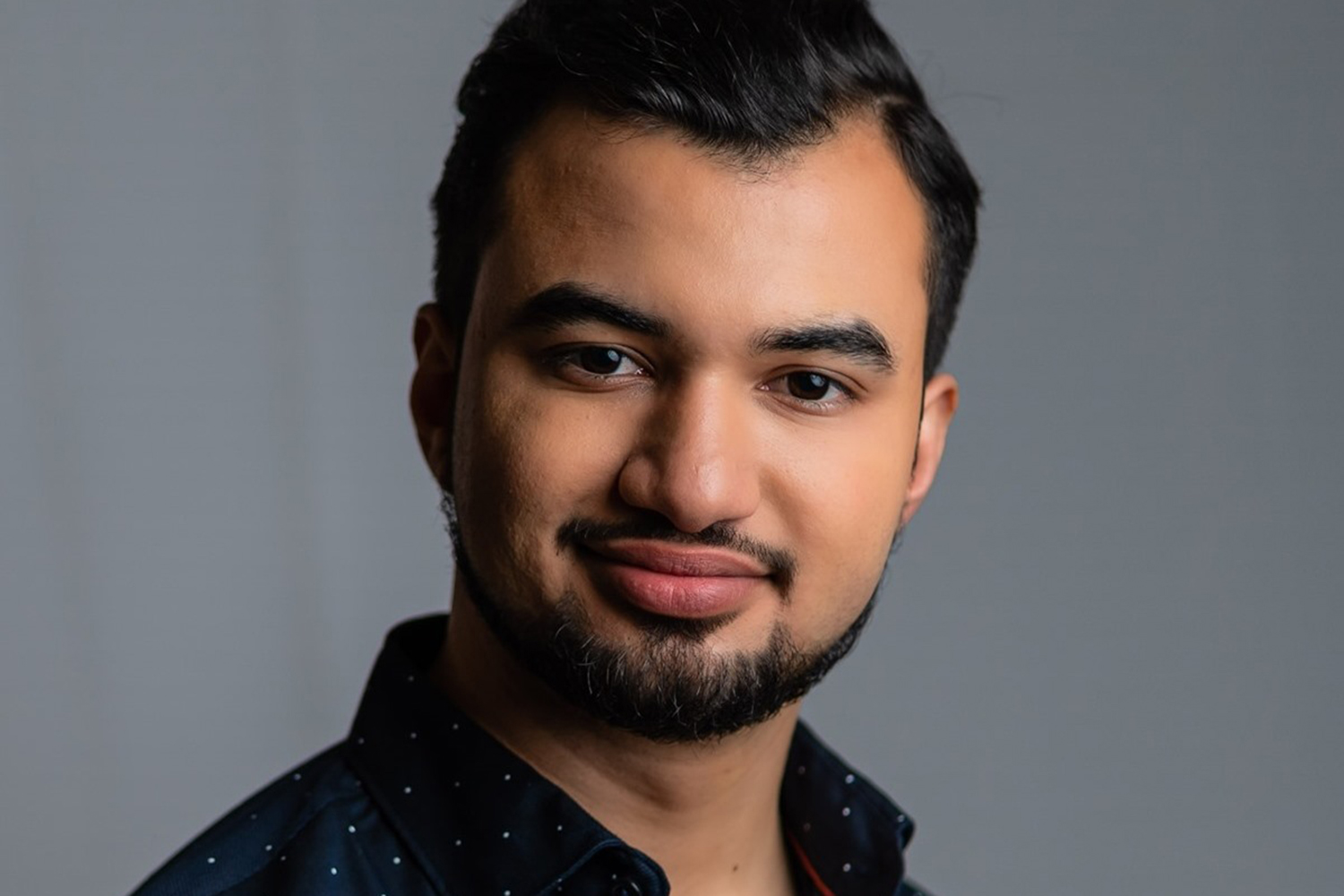